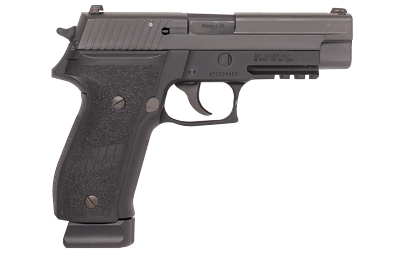 Why do Gun Owners Like Sig Sauer P226 Pistols?

The Sig Sauer P226 series of handguns are one of the most recognizable firearms ever produced. Made famous by their prevalent use by the United States Navy SEALs and law enforcement as well as civilian defensive use and competition, the P226 series of handguns are among the most popular of modern handguns. Offered in such calibers as 9mm, .40 S&W and .357 SIG, the P226’s diversity appeals to wide range of users.

The P226 series has a diverse production with varied models and calibers that affect the value of the pistol. From the standard P226 to the upgraded Legion series, the value and demand of the P226 varies in the used market. Modifications to P226 pistols can also increase or decrease value. Companies such as Grayguns, Inc. and Axelson Tactical make specialized slides, barrels and triggers that can easily be swapped with the OEM parts. These performance upgrades generally increase the value of the P226.

Sig Sauer produces a number of variants of the P226. The Mk25 variant was designed to mimic the choice sidearm of the Navy SEALs. It features a longer barrel than the standard P226 as well as an engraving of the anchor on the left side of the frame. The Legion series of the P226 features such upgrades as Cerakote coating, custom grips, high visibility sights and the upgraded trigger from Grayguns, Inc.

How to Determine the Value of my Gun?

A major factor on determining value for any firearm comes from the condition of the gun. If it is in mint condition with little finish wear from handling, the gun can retain a good portion of its retail value. If more usage is apparent and the gun has scuffs, dents or scratches on the slide or polymer lower, the value will lower with each imperfection. Same goes with the metal parts, the more scratches and faded bluing finish that becomes present on the gun from handling and usage can greatly diminish its value. The takeaway is that as the condition of the firearm worsens, the less it will be worth when re-sold.

With CashMyGuns.com, we cover, shipping, transfer fees, insurance and all other associated costs buying from customers who use our service. We work hard to analyze market trends and provide fair and honest prices to our customers using our service. Additionally, we help customers every step of the way by keeping constant communication and work hard to pay our customers in lightning speed to provide excellent customer service.

To see what we can offer on your Sig Sauer, Click here to get the process started