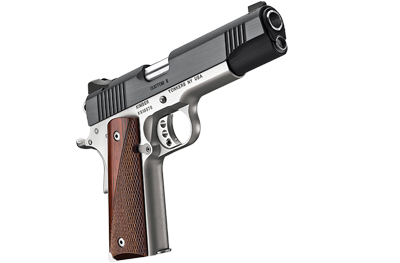 How to Determine the Value of my Kimber 1911 Pistol?

With more than 43 years of producing firearms, Kimber has introduced many models and variants of their 1911 pistols. These different models have significant variance of value in the used market. Base models include the Custom II, the TLE II and the Stainless II. Higher end models include the Aegis series, the Rapide series and models from their custom shop. The value of Kimber 1911 pistols can also vary greatly depending on the political climate in the United States and the demand by its citizens to arm and protect themselves.

Another factor that contributes to a re-sale value is the firearm’s originality. Please note that as a collectors piece, the value of Kimber 1911 pistols are greater if they retain the original finish and original parts. Another nuance of determining value is whether all the parts of the firearm have the same serial numbers.

To see what we can offer on your Kimber pistol, Click here to get the process started